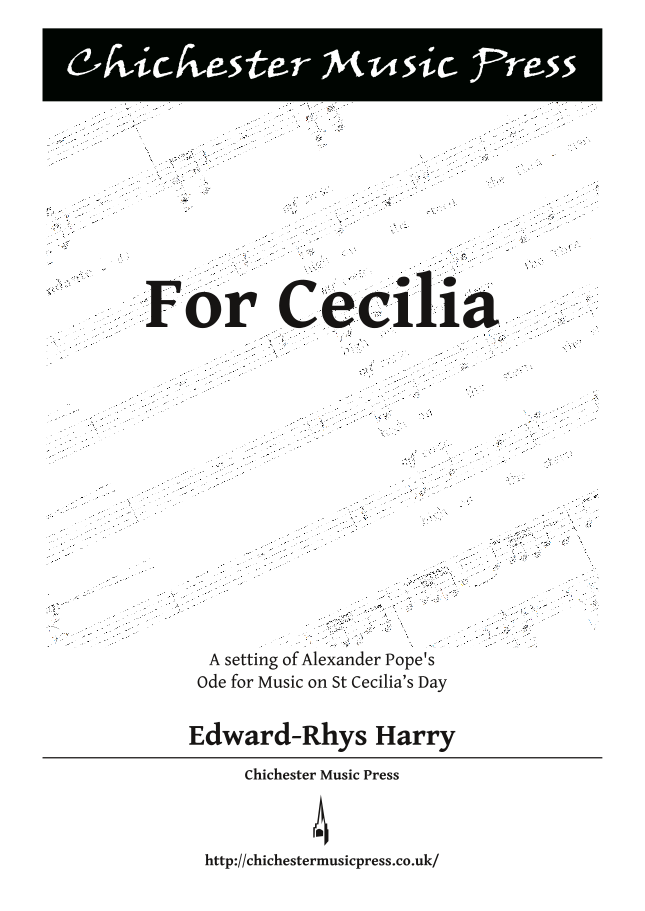 Alexander Pope (1688-1744) was an 18th-century English poet, best known for his satirical verse and for his translation of Homer. He didn't enjoy good health and became hunchbacked from the age of 12 after developing Potts' disease. After being forced to move out of London with his family — because of laws against the Catholic faith — he eventually settled in Twickenham.

Famous for his use of the heroic couplet, he is the third-most frequently quoted writer in The Oxford Dictionary of Quotations, after Shakespeare and Tennyson.

This setting of Pope's poem Ode for Music on St Cecilia's Day aims to highlight the dramatic scenes played out in the poem, in a musical style that may be easier to listen to — and perform — than the setting by CHH Parry.

The work is for mixed voice chorus with soprano and baritone solo, and can be performed with either the keyboard accompaniment or the chamber orchestra accompaniment found in the full score.